Home > Articles > Astrocent > The Einstein Telescope: a new stage in the development of gravitational wave astronomy

The Einstein Telescope: a new stage in the development of gravitational wave astronomy

The proposal to include the Einstein Telescope, a pioneering third-generation gravitational-wave (GW) observatory, in the 2021 update of the European Strategic Forum for Research Infrastructures (ESFRI) roadmap has been submitted. The ESFRI roadmap describes the future major research infrastructures in Europe. The Einstein Telescope (ET) is the most ambitious project for a future terrestrial observatory for GWs. The amazing scientific achievements of Advanced Virgo (in Europe) and Advanced LIGO (in the USA) in the last 5 years initiated the era of GW astronomy. The adventure began with the first direct detection of gravitational waves (GW150914) in September of 2015 and continued in August 2017 when Advanced Virgo and Advanced LIGO observed gravitational waves emitted by two coalescing neutron stars (GW170817). Simultaneously signals of this event were observed with a variety of electromagnetic telescopes (on the ground and in space) over the entire observable wavelength range, from radio waves to gamma rays. This marked the beginning of the era of multi-messenger astronomy with gravitational waves.

The recent announcement (GW190521) by Advanced Virgo and Advanced LIGO of the merging of two stellar black holes to create one 142 times more massive than the Sun (a so-called Intermediate Mass Black Hole) demonstrated the existence of such previously unobserved objects in our Universe.

To fully exploit the potential of this new discipline, a new generation of observatories is needed. The Einstein Telescope will enable scientists to detect any coalescence of two intermediate-mass black holes in the entire universe and thus contribute to the understanding of its evolution. This will shed new light on the Dark Universe and will clarify the roles of dark energy and dark matter in the structure of the universe. ET will explore the physics of black holes in detail. These are extreme celestial bodies that are predicted by Albert Einstein’s theory of general relativity, but they are also places where that theory can fail due to the extremely strong gravitational field. ET will detect thousands of coalescences of neutron stars per year improving our understanding of the behaviour of matter under such extreme conditions of density and pressure as cannot be produced in any laboratory. In addition, we will be able to explore the nuclear physics that control the supernova explosions of the stars.

These challenging scientific targets need a new observatory capable of observing GWs with a sensitivity at least one order of magnitude better than the current detectors (the so-called 2nd generation). The Einstein Telescope will be located in a new infrastructure and will apply technologies that are dramatically improved over the current ones. The conceptual design of ET has been supported by a grant of the European Commission. Now a consortium of European countries and of research institutions and universities in Europe has officially submitted the proposal for the realisation of such an infrastructure with the political support of five European countries, Belgium, Poland, Spain and The Netherlands, led by Italy.

The European Gravitational Observatory (EGO) in Italy constitutes its transitional headquarters. The ET consortium brings together about 40 research institutions and universities in several European countries, including also France, Germany, Hungary, Norway, Switzerland and the United Kingdom. It is hoped that a companion project in the US, Cosmic Explorer, will follow.

Two sites for the realisation of the ET infrastructure are currently being evaluated: the Euregio Meuse-Rhine, at the borders of Belgium, Germany and the Netherlands, and in Sardinia, Italy. These sites are being studied and a decision about the future location of ET will be made within the next 5 years.

The Einstein Telescope related activities in Poland are conducted within the Polish ET Consortium led by the University of Warsaw, with the following members: Nicolaus Copernicus Astronomical Center, National Center for Nuclear Research, Institute of Mathematics (Polish Academy of Science), Białystok University and Warsaw University of Technology. Prof. Tomasz Bulik (University of Warsaw and AstroCeNT NCAC) is the coordinator of the Consortium and a member of the Einstein Telescope Steering Committee. The teams are led by: prof. Dorota Rosińska (University of Warsaw), prof. Michał Bejger (NCAC), prof. Marek Biesiada (NCNR) and prof. Andrzej Królak (Institute of Mathematics). 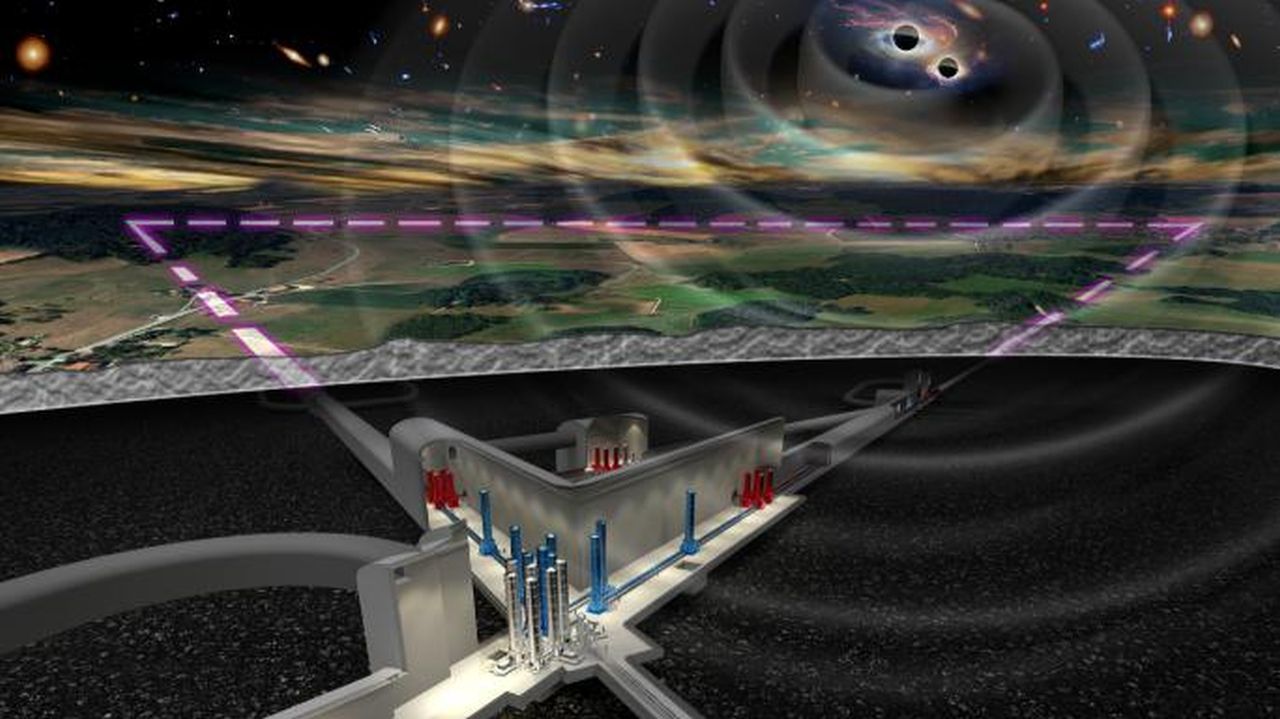 One more master’s thesis was...

One of the important areas of AstroCeNT’s activity is education. On the basis of research groups, PhD students conduct research related to the study of gravitational waves and dark matter. The results of this work will be embodied.

We asked our PhD students to talk about what they do under the guidance of their advisors and why they chose AstroCeNT.

A large shipment of important electronic equipment has just arrived at AstroCeNT. There are three-channel laboratory power supplies, an arbitration generator and stationary multimeters. This equipment will be used for the Dark Wave and other Astrocent seismic and acoustic measurement projects.

Oscilloscopes were delivered to the laboratory earlier. And next month we expect a large batch of laboratory furniture. Soon, the laboratory will be fully prepared for new scientific and industrial challenges of any complexity.