INFN President Professor Fernando Ferroni to visit Astrocent in May 2019

The president of INFN (Instituto Nazionale di Fisica Nucleare), Professor Ferroni is going to visit Astrocent in late May. He will come to take part in discussions with Professors Art McDonald (Queen’s University), Cristiano Galbiati (Princeton and GSSI), and others, about developing Astrocent’s involvement in the DarkSide and Global Liquid Argon Dark Matter Program. He will also take part in special session devoted to Astrocent at the conference “Particle Astrophysics in Poland” (20-21 May 2019) that Astrocent is one of the two main organizers of. For more information about the conference see here. 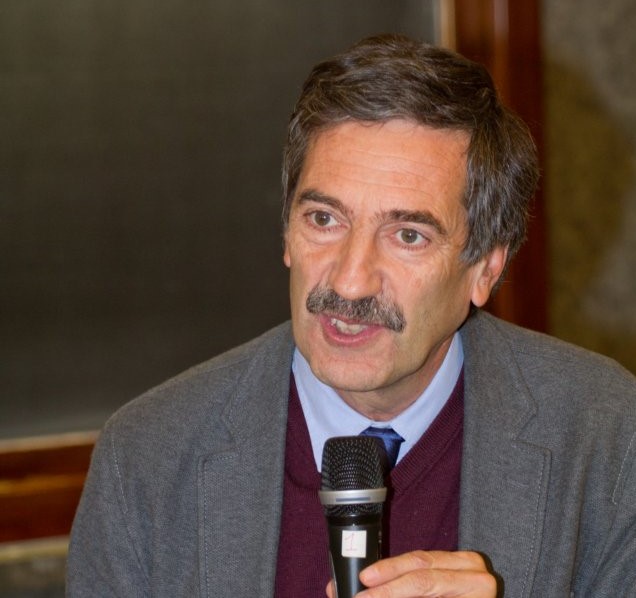 Professor Fernando Ferroni has been the president of the Instituto Nazionale di Fisica Nucleare (INFN) – the National Institute for Nuclear Physics – since 2011.

The Istituto Nazionale di Fisica Nucleare was founded in 1951 to fund and coordinate astroparticle, nuclear and particle physics in Italy. With sections in four of Italy’s national laboratories and most major Italian Universities, the INFN acts as the main funding agency for high energy physics in Italy, and engages in collaborations with many laboratories worldwide, including Gran Sasso National Laboratory, CERN and Fermilab.

Professor Ferroni is a professor at the University La Sapienza, Rome, where he also started his physics career when he obtained his bachelor’s degree in 1975. Professor Ferroni has worked at both CERN – on the neutrino and L3 experiments – and at SLAC’s BaBar experiment, where he studied CP violation in the quark beauty decay.

Professor Ferroni has been working at the INFN’s Gran Sasso National Laboratory, researching the neutrino-less double beta decay at the CUORE Experiment and on the LUCIFER project. The author of over 700 scientific papers, Professor Ferroni has also sat on a number of international high energy physics committees.

Infrasound microphones have been...

A NEW WINDOW ON THE UNIVERSE: the...

Group 2 led by Prof. Bulik and group 3 led by Dr. Suchenk have developed  a unique infrasound sensor. It will find its application both in cutting-edge scientific research and commercial projects.

“While most commercial solutions are very expensive, we have managed to significantly reduce the cost of such a solution, which is crucial in applications where tens or even hundreds of precise sensors are needed.”

One of the important areas of AstroCeNT’s activity is education. On the basis of research groups, PhD students conduct research related to the study of gravitational waves and dark matter. The results of this work will be embodied.

We asked our PhD students to talk about what they do under the guidance of their advisors and why they chose AstroCeNT.