Dr Andrew Cheek is an astroparticle phenomenologist. He is interested in how theories of the fundamental forces and elements of our Universe implicate phenomena in astrophysical environments and Earth based experiments. So far, his research has focused mainly on the nature of dark matter.

In 2015 Andrew received his MPhys at Durham University in the UK, where his work on dark matter began with his master’s thesis “Investigation of the Parameter Space for Dirac Dark Matter”, which was supervised by Professor Celine Boehm.

So stimulated by his experience, he opted to remain for his doctoral studies, but under the supervision of Professor David Cerdeño. In 2019 Dr Cheek successfully defended his thesis, “Preparing for Dark Matter: Maximising our discrimination power in the event of detection.” This work looked for novel ways to help differentiate between particle models for dark matter and led Andrew to develop the numerical tool RAPIDD for accurately calculating direct detection signals in a fraction of the time.

After receiving his PhD, Andrew went on to be a postdoctoral researcher at the CP3, UCLouvain, as part of the EOS, be.h project. During this time he broadened his skill set, performing analyses of indirect detection and collider experiments as well as producing work more grounded in theoretical cosmology and particle physics. In the last year he has been involved in projects that relate to primordial black holes, solutions to the tension in muon anomalous magnetic moment and neutrino telescopes.

In October 2021, he joins AstroCeNT to continue his work and hopes to develop new research directions with his new colleagues.

Andrew is committed to education and outreach, here is a recent interactive tutorial that he created as part of the INFIERI summer school at the IFT, Madrid.

click this link and wait for it to load (~2 mins).

Andrew has also taken part in two British Royal Society Summer Science Exhibitions. Here are fun and informative websites for the “modelling the invisible” and the “ghosts in the universe” installments. 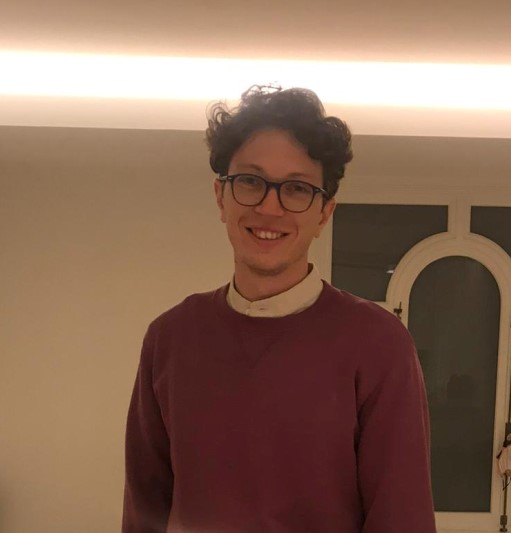